Homeopathy for the Garden

I can already hear you saying, “What? I’ve never heard of homeopathy for the garden!” Actually, this new field called agrohomeopathy has been used in Europe for some time now and it is gaining ground. No pun intended. Well, actually maybe it was intended.

Agrohomeopathy uses water-diluted doses of homeopathic remedies to help your plants absorb more nutrients so you often get more productive plants. It also helps them to become more resistant to disease.

Silicea 6X is considered the king of agrohomeopathy because it does so much. While many remedies are specific to certain plants, just as they are in humans, you will find Silicea to be beneficial more generally. It will aid the germination of seeds and reduce the transplant shock. The plants will become more resistant to pests, mold, and mildew, and if used during a drought, they will become less injured by the lack of water. Once you have used Silicea in the garden, you won’t want to be without it.

Here is a little experiment you can try with your children. Kids usually enjoy growing their own vegetables and are more likely to eat them when they do! Now we’re adding a little intrigue to the process.

Plant green beans in two separate areas. Your first group will be the “control” group and the second group will be the “test” group. Be sure to mark which is which. Water your first (control) group as normal but water the second (test) group with Nat Mur potentized water that is made like this. Dissolve one pellet of Nat Mur 6X or 6C in one quart of water. Shake well and water the test plants as usual.

You will see that the test group of green beans will grow more quickly and more profusely than the control group.

Other common homeopathic remedies include Cuprum for mildew, Belladonna for rust and Camphora for deterring ants.

If you are looking for a chemical-free and inexpensive solution to gardening, look into agrohomeopathy. I’ve only lightly touched on the topic here but there are several books written on the subject.

foreign invader. The receptor on the mast cell binds to an allergen, and the body produces antibodies to this invader. The mast cells then release histamine that causes the typical allergic responses such as red, itchy eyes/coughing/nasal congestion/runny nose.

Most allergy medications work as anti-histamines, and there are many natural anti-histamines and anti-inflammatories that will help reduce symptoms without side effects.

Quercetin, a flavonoid found in apples, buckwheat, onions, and green tea, helps keep mast cells from releasing histamine. The absorption of quercetin is enhanced by bromelain, which potentiates its action, so you will often find them combined for best results. This combination is one of the most commonly used natural therapies for allergies.

Nettle leaf tea has been used for centuries to relieve allergies especially hayfever. It has been recommended highly by Dr. Andrew Weil. Nettle tea or the extract inhibits pro-inflammatory pathways related to allergies, and it has an impressive number of other benefits for the immune system.

Osha is an herb used for its anti-histamine-like properties. Osha will often quickly reduce allergic reactions; it also soothes a sore throat. Recent studies also show the herb, Butterbur, to be excellent for allergy symptom relief.

Allergy relief is an area where homeopathy shines. Homeopathy is based on the theory that “like cures like.” Many homeopathic formulas contain the allergens, such as pollen, in minute doses that are prevalent in a certain region of the country, and formulas exist for allergies in our area. There are other allergy formulas available as well for individuals who have sensitivities to animal dander or dairy, for instance. These can be a big help for allergy sufferers.

Last but not least, new studies are showing the role of probiotics in down-regulating the immune system to help reduce allergies!

All of these supplements are quite effective in reducing congestion, sneezing, itchy eyes, headaches, and fatigue that are associated with seasonal allergies. The best part is that, instead of side effects, most of these supplements will have other beneficial uses for your immune system as well

“No, I won’t!” Homeopathy and Temper Tantrums 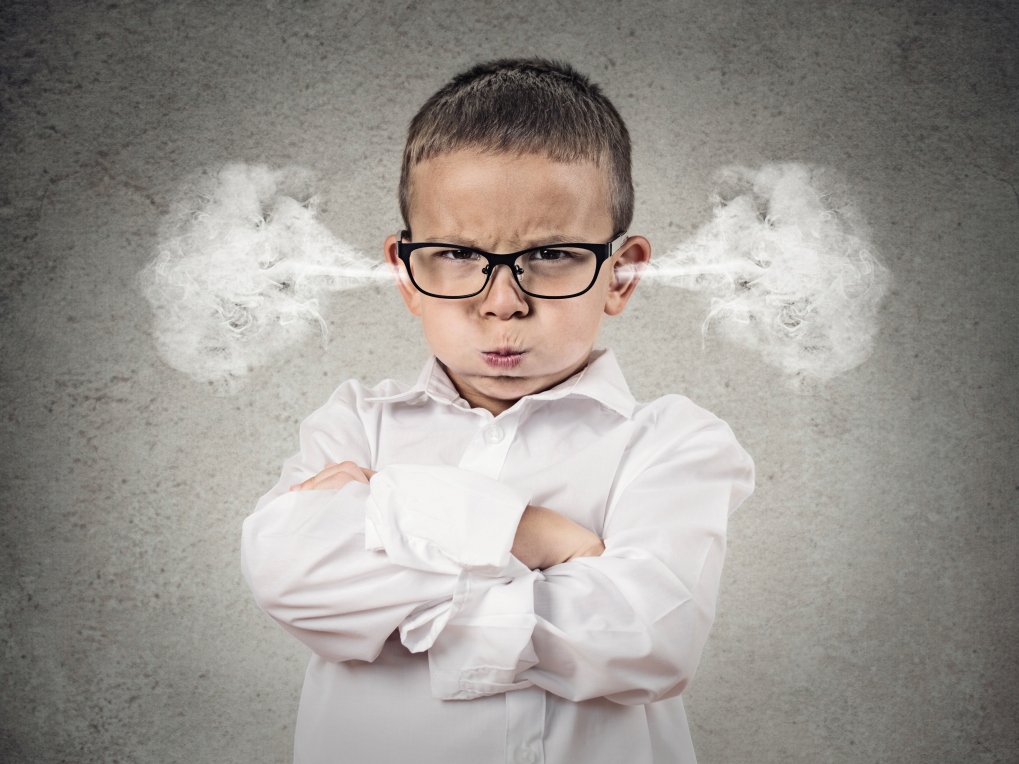 Are temper tantrums a fact of life in your household?
The cantankerous two year-old.
The confrontational teenager.
But what if tantrums were actually beneficial?
Sounds peculiar that such behavior could be considered valuable, doesn’t it?

Well, temper tantrums are indicators that something is out of balance, not only behaviorally, but probably physiologically.  And since symptoms are the key to choosing the proper homeopathic remedy, then this aberrant behavior can actually become useful in addressing the underlying cause.

Many parents explain away their child’s behavior as simply an age-related stage.  Too often, they offer platitudes such as, “Well, of course he has temper tantrums.  He’s 3!” or “She has a terrible attitude, just like her dad!”

While it is true that these pathologies can be age– or family–related, we should bear in mind that they are still pathologies. Therefore, even if they present, this doesn’t mean that they belong there.

Not every toddler throws a tantrum and not every teenager needs an attitude adjustment.  These problems are particular to the individual and are symptoms to which we ought to give our full attention.

They reflect an idiosyncratic personality that can be guided and brought to its best state through homeopathic remedies.

Homeopathy is gentle and won’t change your child’s personality.  When the remedy is chosen correctly, it will bring your child into balance both physically and emotionally.

Read through the following descriptions to find the remedy that best fits the entire “picture” of your child’s symptoms.  Administer one dose in the 30th potency every 3-4 hours until improvement is seen, then stop.  If no improvement after the fourth dose, try the remedy that seems to be the next best fit.  For more severe symptoms, the chosen remedy can be given every 1-2 hours.

Nux Vomica
This is the remedy to use for symptoms brought on by going “over-the-top.”  Ailments are brought on by too much sugar, too many drugs, too much stress, pressure, work, food, drinks, etc.  Irritability is a key factor in this remedy along with gastrointestinal issues such as gas, bloating, constipation, and diarrhea.

Chamomilla
Although irritability is addressed by Chamomilla, it also encompasses symptoms that result from anger.  Symptoms include fractious behavior and acute sensitivity; that is, the reaction is far too great for the stimulus received. Words or physical touch which would normally cause a much less severe response will prompt testy and crotchety comebacks.  This remedy is also particularly useful in cancelling out the workings of unnecessary drugs.

Lycopodium
Individuals who might benefit from Lycopodium are generally insecure and cowardly and are typically afflicted by gastrointestinal complaints. Though they appear confident and self-assured, they worry about how they are perceived and judged by others.  Their worries increase when they are by themselves so just having someone nearby alleviates their anxiety. The behavior is often cross and cantankerous.

Coffea
As its name alludes, Coffea is made from coffee beans, and it addresses those pathologies which are similar to the ill-effects of caffeine. Though there isn’t marked anger or anxiety, which the former three remedies envelop, there is an inability to relax and the mind races. Despite these jittery thoughts, the disposition is quite even-tempered, though there might be some, though little, irritability. Because the mind is already quite excited, even the smallest pain causes inordinate distraction and there is an increased sensitivity to surrounding elements, such as noise, light, touch, etc.

When parents ask me what they should do until the remedy takes effect, I tell them to indeed discipline the child. Just because the behavior may have physiological roots, it doesn’t mean the child shouldn’t be held responsible and taught accordingly. We all have our bad days, and we need to learn how to adjust accordingly, so as not to disrupt family life and society in general.

Give the remedy most suited to your child and you might find that even if anger is still exhibited from time to time, it will be mitigated by an inner wherewithal that was previously absent.

Nine Tips to Help You Stay Healthy During Flu Season

Sadly, according to trends, we are in a high-activity flu area.

A homeopathic brand that Natur-Tyme carries, Boiron USA, offers the following tips on how to stay healthy this flu season and what to do if the flu bug bites:

Homeopathy is a true healing system. It is wonderful not only because it is inexpensive, but also because it is safe and it doesn’t interfere with medications. Homeopathy is often misunderstood because of its many dilutions and some individuals think it only has a placebo effect. If that were true, it wouldn’t provide such great results for babies and animals!

Because homeopathy is based on “like cures like,” match the symptoms to the remedy as best as possible. A children’s dose is typically three pellets, three times a day of the quick dissolving (30X strength) tablets under the tongue.

Here are a few common remedies that you might find helpful for your children:

Homeopathy is one of my loves because it is so safe and does absolutely remarkable healing when the right remedy is found! We have a great selection of homeopathics at Natur-Tyme as single remedies for under $8.00, and several of these are found in the Hyland’s Kids Kit that we also carry. The kit comes complete with a little booklet to help you find the correct remedy.